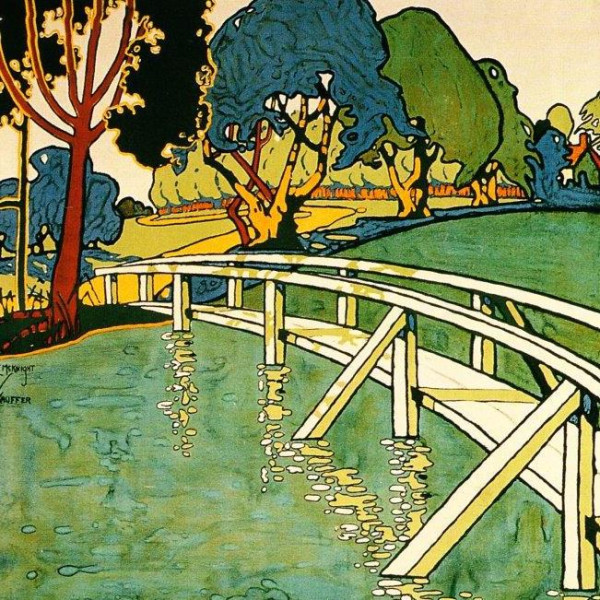 Edward McKnight Kauffer produced some of the most iconic and influential commercial imagery of the early twentieth century. A remarkably versatile artist, his work drew inspiration from a wide variety of styles ranging from Japanese art to Fauvism, Vorticism and Constructivism, and encompassed painting, applied art, interior design and scenography. Yet it remains his celebrated posters created for clients such as London Underground and Shell during the inter-war years for which he remains most famous. Kauffer's pioneering work in the field of graphic design ranks alongside the achievements of fellow avant-garde figures such as T. S. Eliot, Ezra Pound and Wyndham Lewis, all of whom – like Kauffer – had roots in the United States yet established their careers in London.