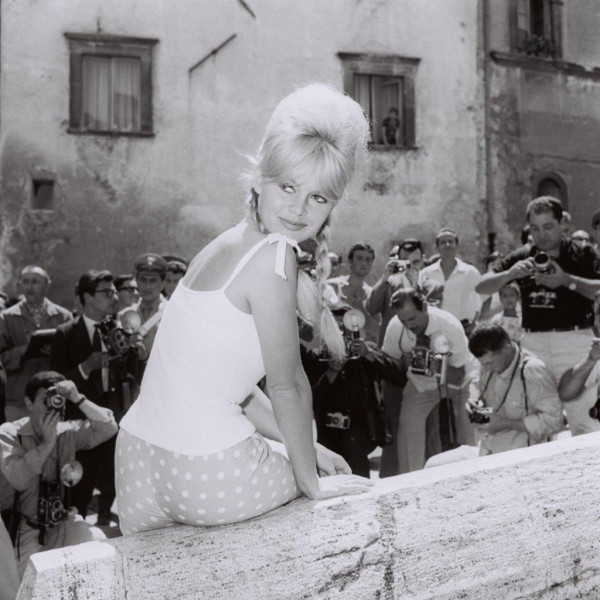 The 1950s and ’60s represent a golden era in Italian film, when directors Michelangelo Antonioni, Pier Paolo Pasolini and Federico Fellini produced some of their most famous movies. John Wayne, Charlton Heston, Lauren Bacall and Liz Taylor, among other Hollywood stars, also frequented the capital as American filmmakers were lured to Rome by the comparative low cost of its Cinecittà studios, where such epic productions as Ben-Hur (1959) and Cleopatra (1963) were shot. In the evenings the focus of Rome’s movie culture – as well as the lenses of its paparazzi – shifted to the bars and restaurants lining the city’s exclusive Via Veneto, the presence of celebrities like Alain Delon, Kirk Douglas and Audrey Hepburn transforming Rome’s streets into ‘an open-air film set’.