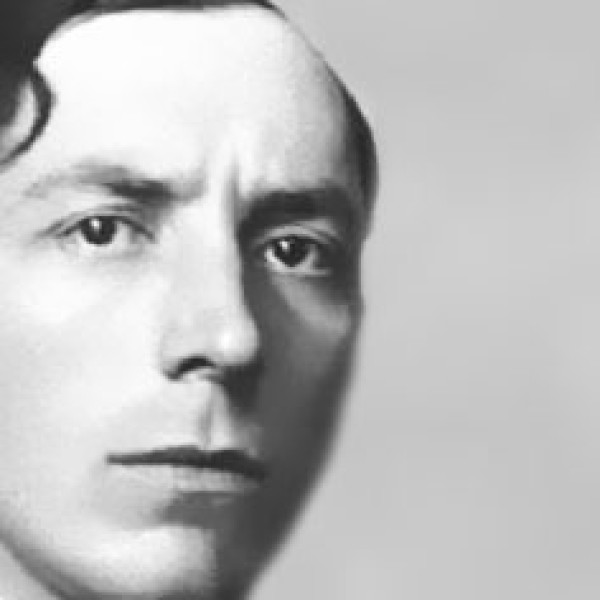 Boccioni is widely acknowledged to have been the most significant visual artist associated with Futurism. Equally gifted as a writer, he was also one of the movement’s most important theorists and played a leading role in drafting several its key statements. Born in Calabria, Boccioni settled in Rome in 1899 where he met Gino Severini while attending classes at the Scuola Libera del Nudo. Like Severini, he was instructed in the Divisionist technique by Giacomo Balla, and became an accomplished exponent of the style.

Symbolism and Expressionism also exerted important influences on his early work. In 1906 he travelled to Paris and Russia, settling in Milan on his return to Italy. Boccioni’s restless nature and compulsion to create a “living art” responded to the revolutionary spirit of F. T. Marinetti’s Futurist movement, which he joined in 1910 along with Severini, Balla, Luigi Russolo and Carlo Carrà. He continued to employ the Divisionist technique in his early Futurist works, which focused on urban scenes and sought to evoke psychological states. Toward the end of 1911 he encountered Cubism during a visit to Paris. Yet whilst this superficially ‘modernised’ Boccioni’s imagery in the short term, it was to have little lasting impact on his artistic vision. This was largely due to his fascination with the philosophy of Henri Bergson, who argued that intuition and subjective experience – rather than rational analysis – offered the most authentic means of understanding reality.

For Boccioni, the multiple perspectives of Cubist painting enabled the viewer to accumulate information about an object’s physical properties but had little to say about its essence or ‘interior force’, as perceived by the true artist. On the same basis, Boccioni rejected Balla’s ‘cinematographic’ approach to the problem of depicting movement, seeking to convey a sense of the continuity of motion, rather than to divide it into artificial, sequential stages. Boccioni achieved this ambition most fully in his sculptural work, vividly expressing a sense of flux through the flowing, spiralling forms of his striding figures. Although most of his three-dimensional works were destroyed after the First World War, their incorporation of disparate and unconventional materials such as hair, glass and wire was revolutionary. In 1914 he published his theoretical tract Futurist Painting and Sculpture, and later served with Marinetti and other Futurists in the First World War. He died in 1916 after falling from his horse during a training exercise. 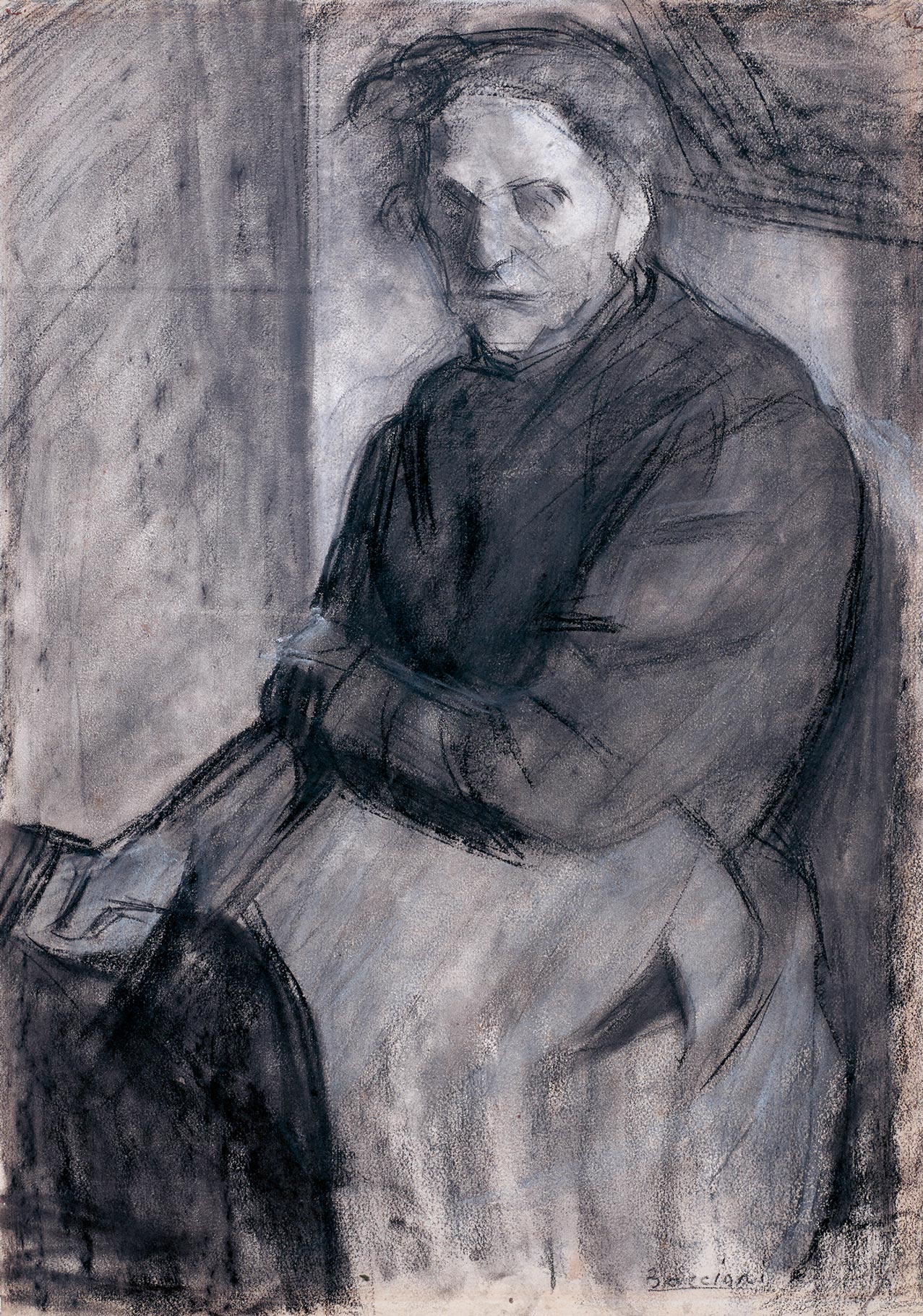 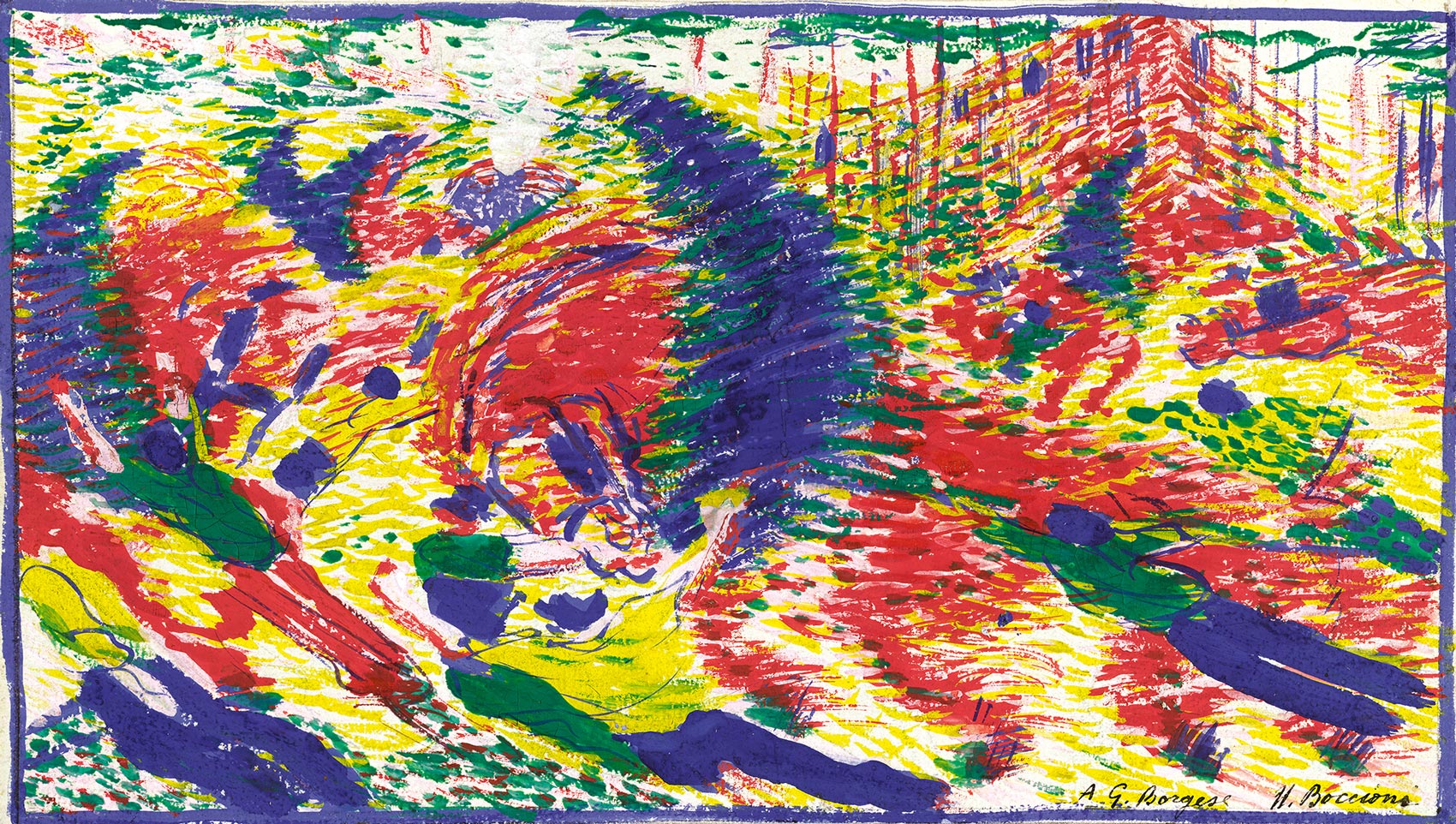 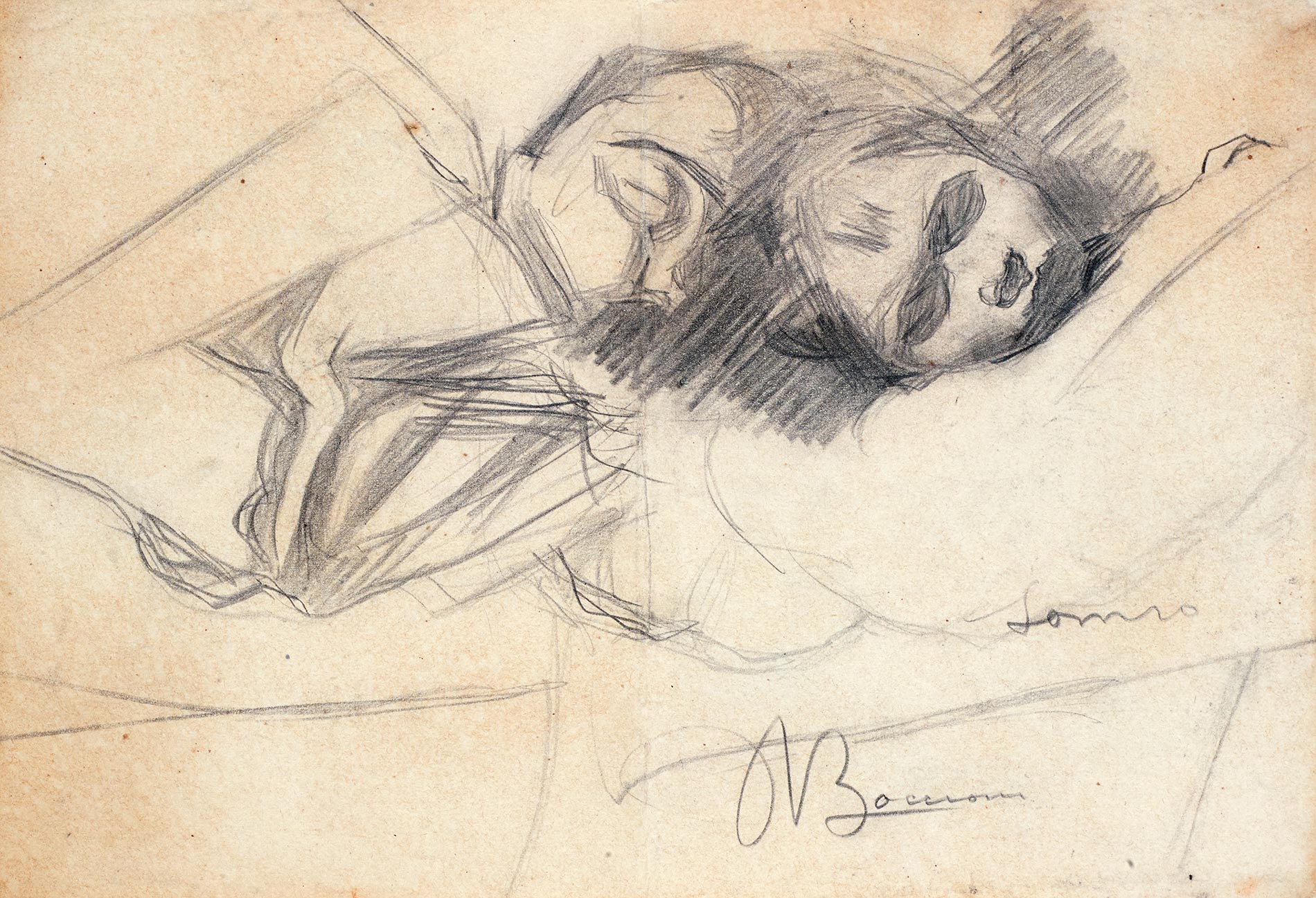 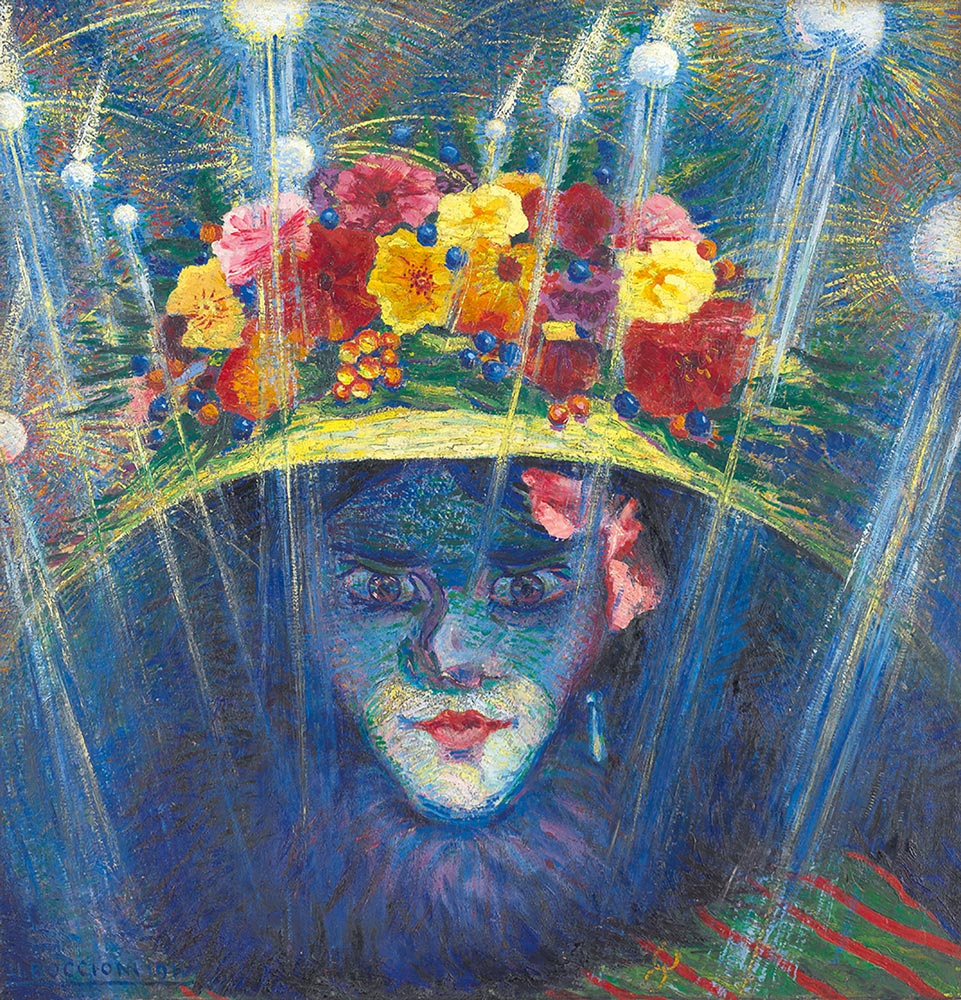 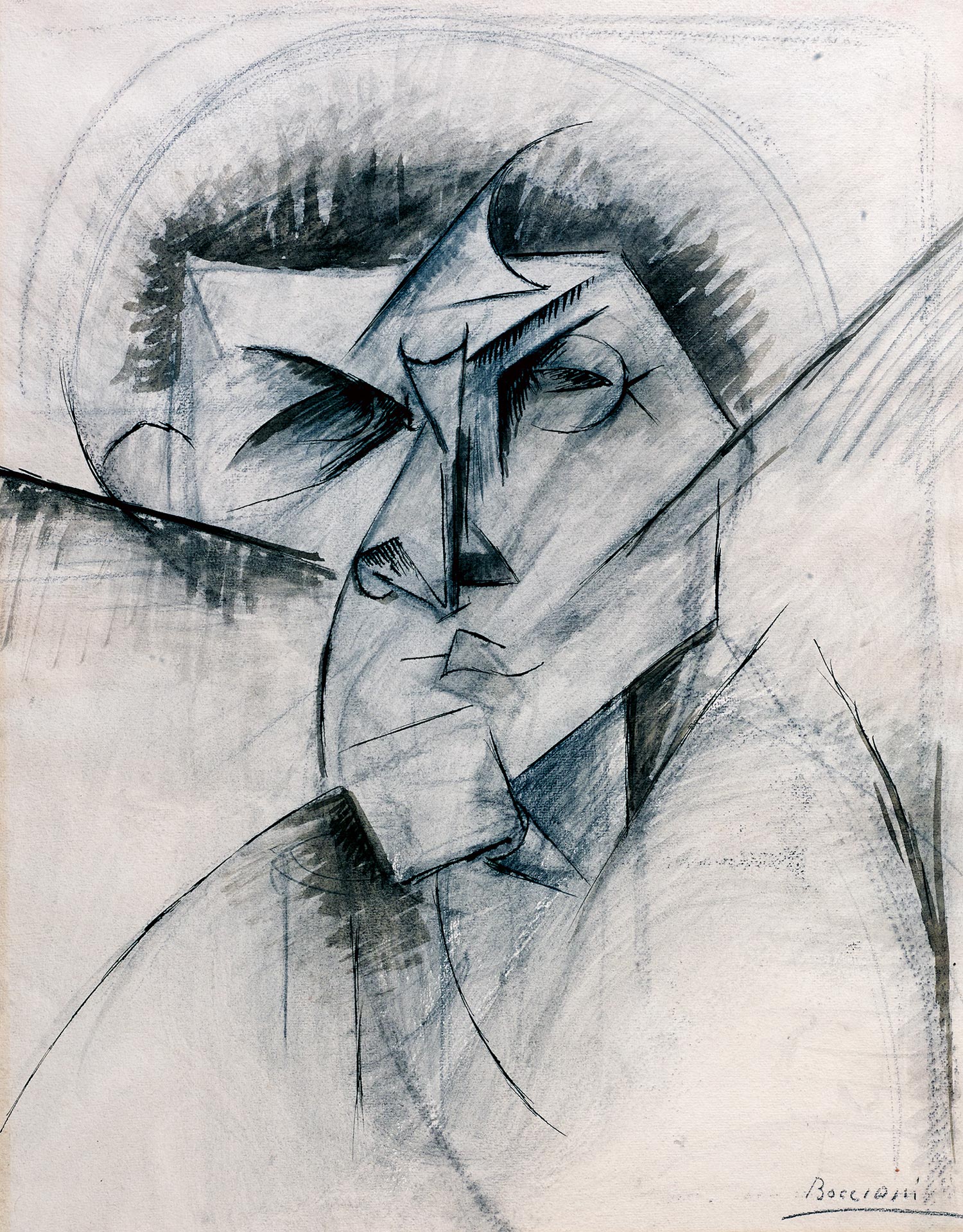 Study for 'Empty and Full Abstracts of the Head, 1912 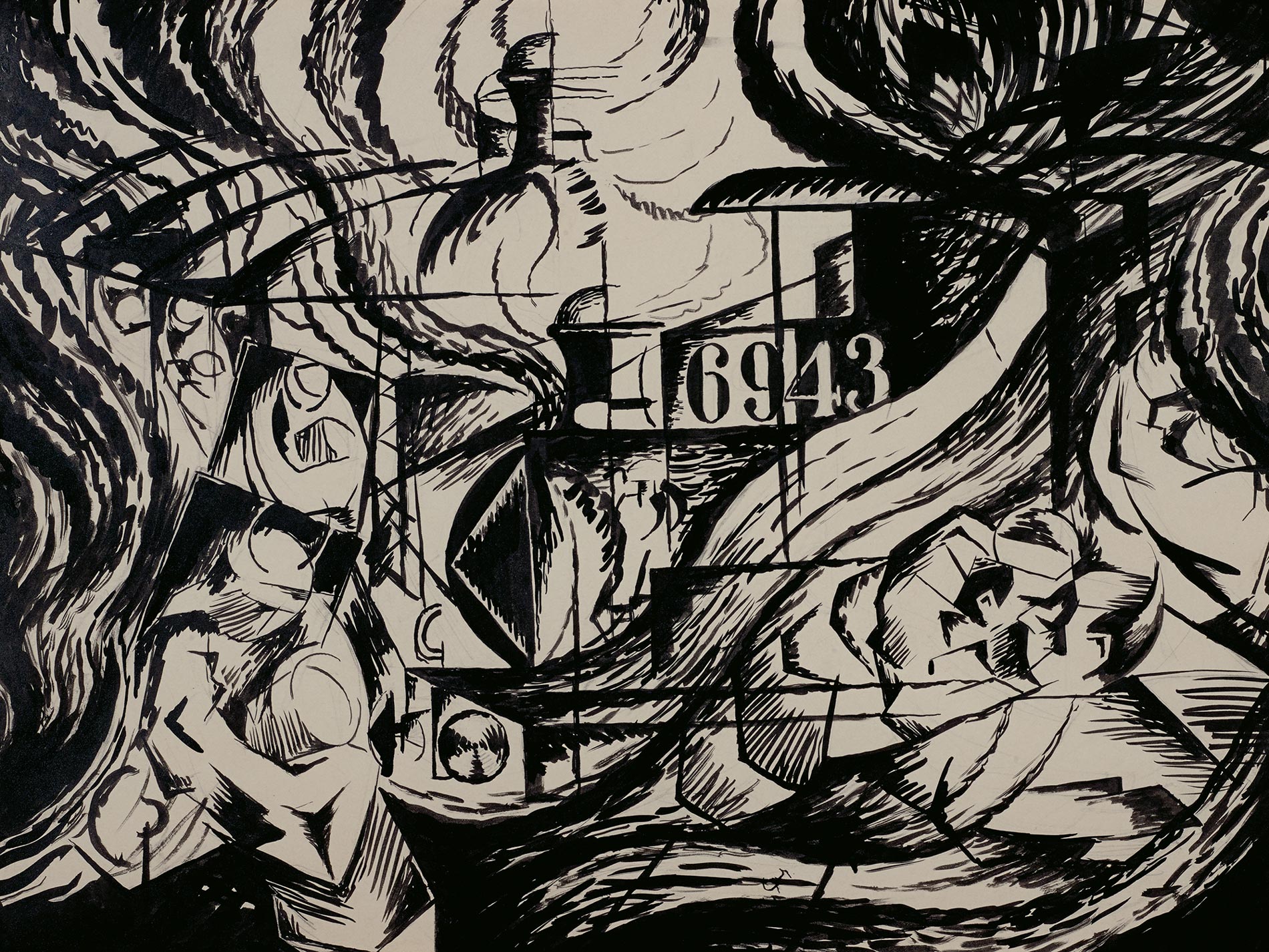 Drawing after 'States of Mind: The Farewells', 1912 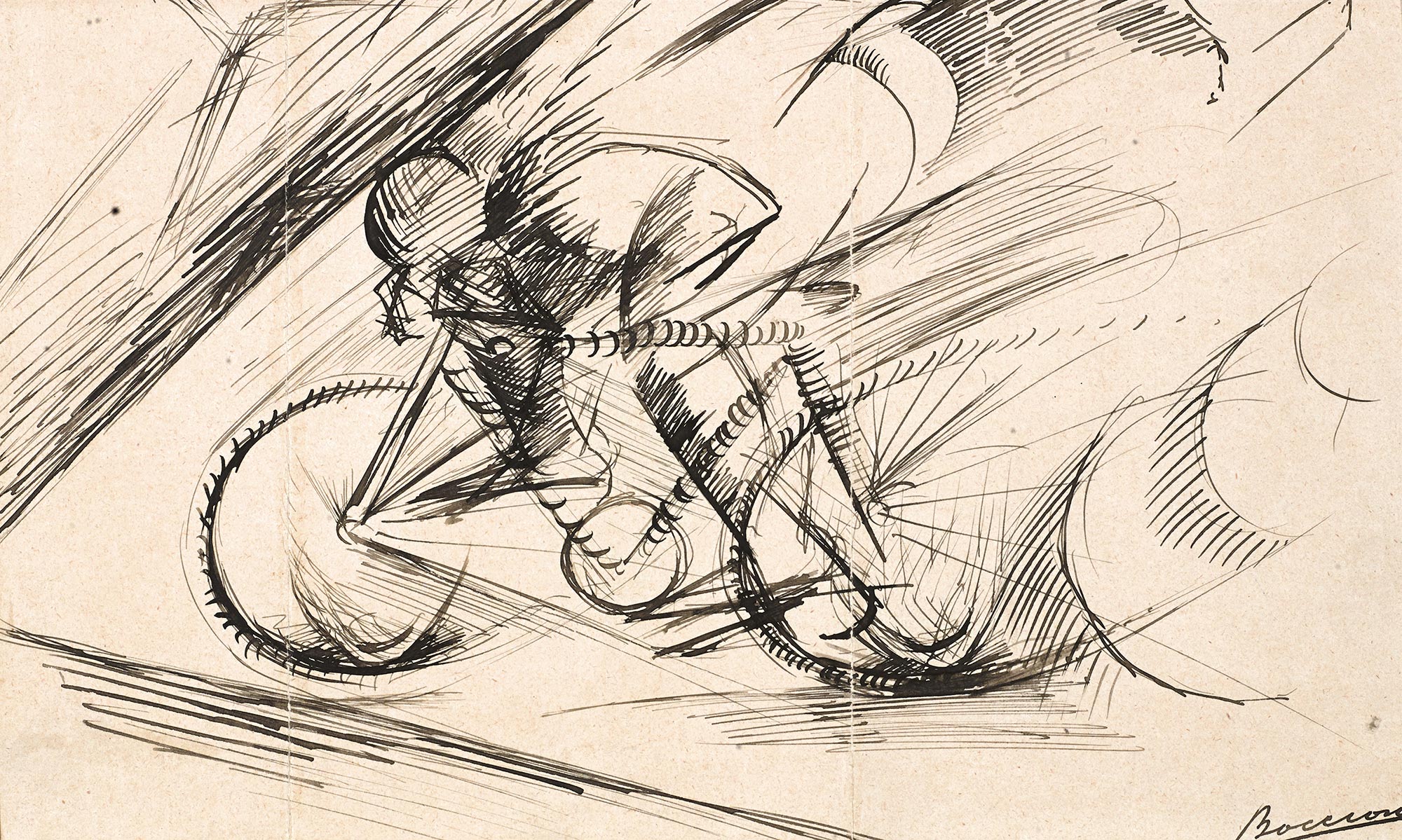 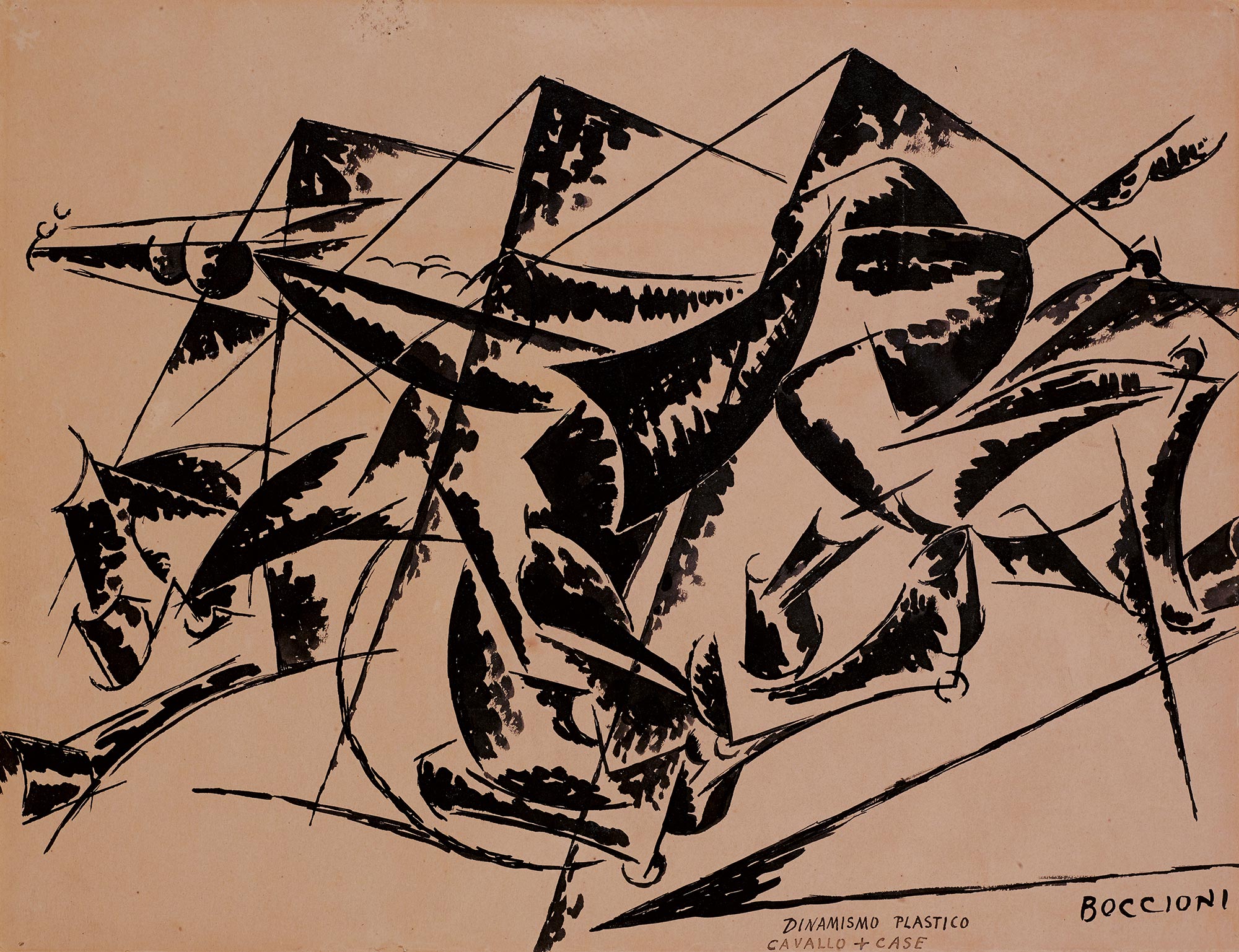 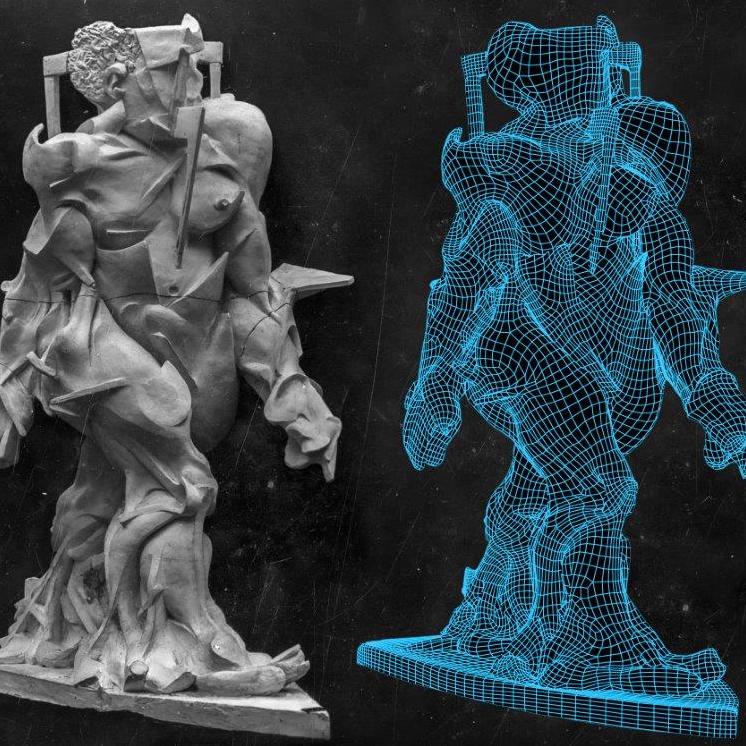 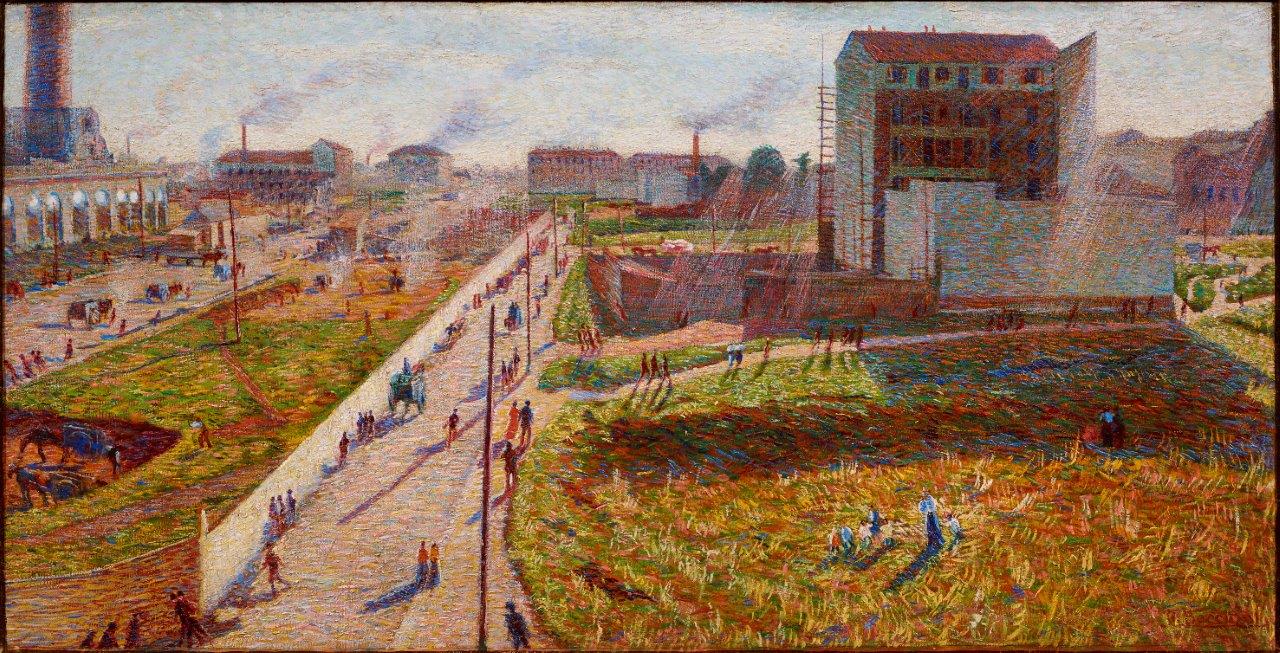