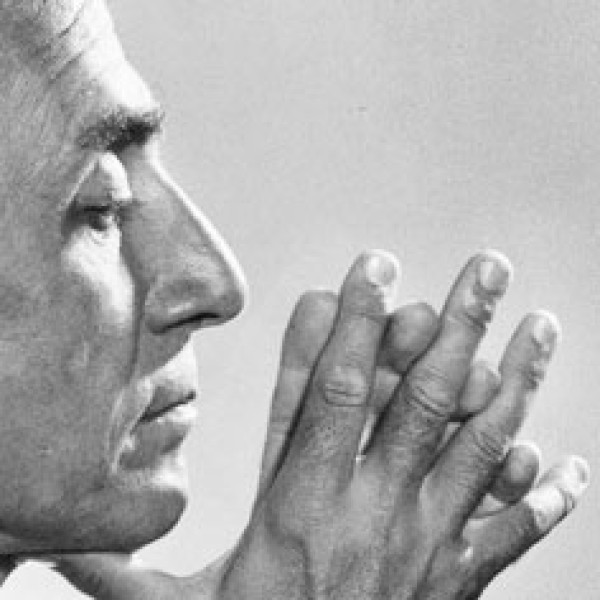 Born in Catania, Sicily, Greco (1913-1995) was apprenticed to a stone mason and sculptor of funerary monuments at an early age. Between 1948 and 1967 he taught sculpture in Rome, Carrara and Naples, and during the 1950s his own work began to receive serious recognition.

Strongly influenced by Etruscan, Greek and Roman art, Greco is best known for his powerful portrait busts and sensual nudes that are classicised yet volumetric, often characterised by perfectly rounded heads. However, whilst such subjects dominate his oeuvre, Greco also received important religious commissions during his career, like his contemporary Giacomo Manzù. One of the artist’s first major works was his Monument to Pinocchio of 1953, the base of which differed markedly from Greco’s subsequent figurative style in its abstract, spiralling forms.

Having been awarded prizes at both the Rome Quadriennale (1952) and Venice Biennale (1956), Greco began to work on a set of monumental bronze doors for Orvieto Cathedral in 1962. He was initially unenthusiastic about the commission as the proposed themes left him uninspired, but his attitude altered dramatically once the subject matter was changed. He later stated: “When, finally, the Corporal Works of Mercy – those capital commands of human behaviour – were suggested to me, I accepted immediately because I felt strongly that this theme was congenial to my beliefs. It is an eternal theme, perpetually occurring, not only an historical one; a human theme, not only one connected with the Church.” Completed in 1964, Greco’s doors reveal debts to Renaissance masters such as Donatello in their subtle bas-relief modelling. However, they also exhibit more modern tendencies, as in the two lateral doors depicting angels in flight set against a geometric-abstract background.

The following year, Greco was commissioned to create a monument to John XXIII for St Peter’s in Rome, representing the Pope visiting the city’s Regina Coeli prison. Greco’s drawing style is extremely sculptural in its evocation of volume, and its concern with exploring and defining the spaces and relationships between forms. Conversely, the surfaces of Greco’s heads are often scored with lines recalling the cross-hatching characteristic of his vigorous yet elegant ink drawings. 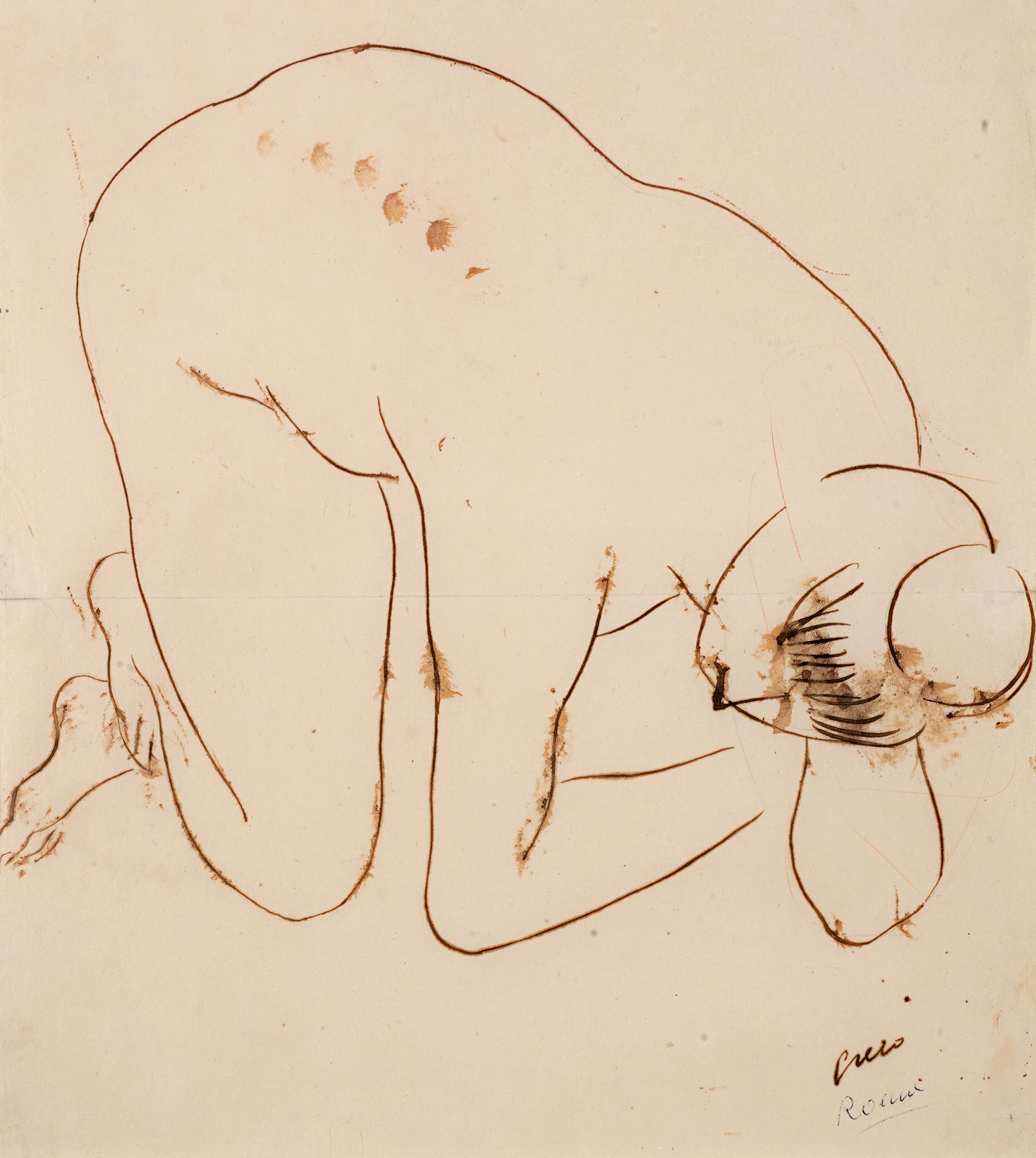 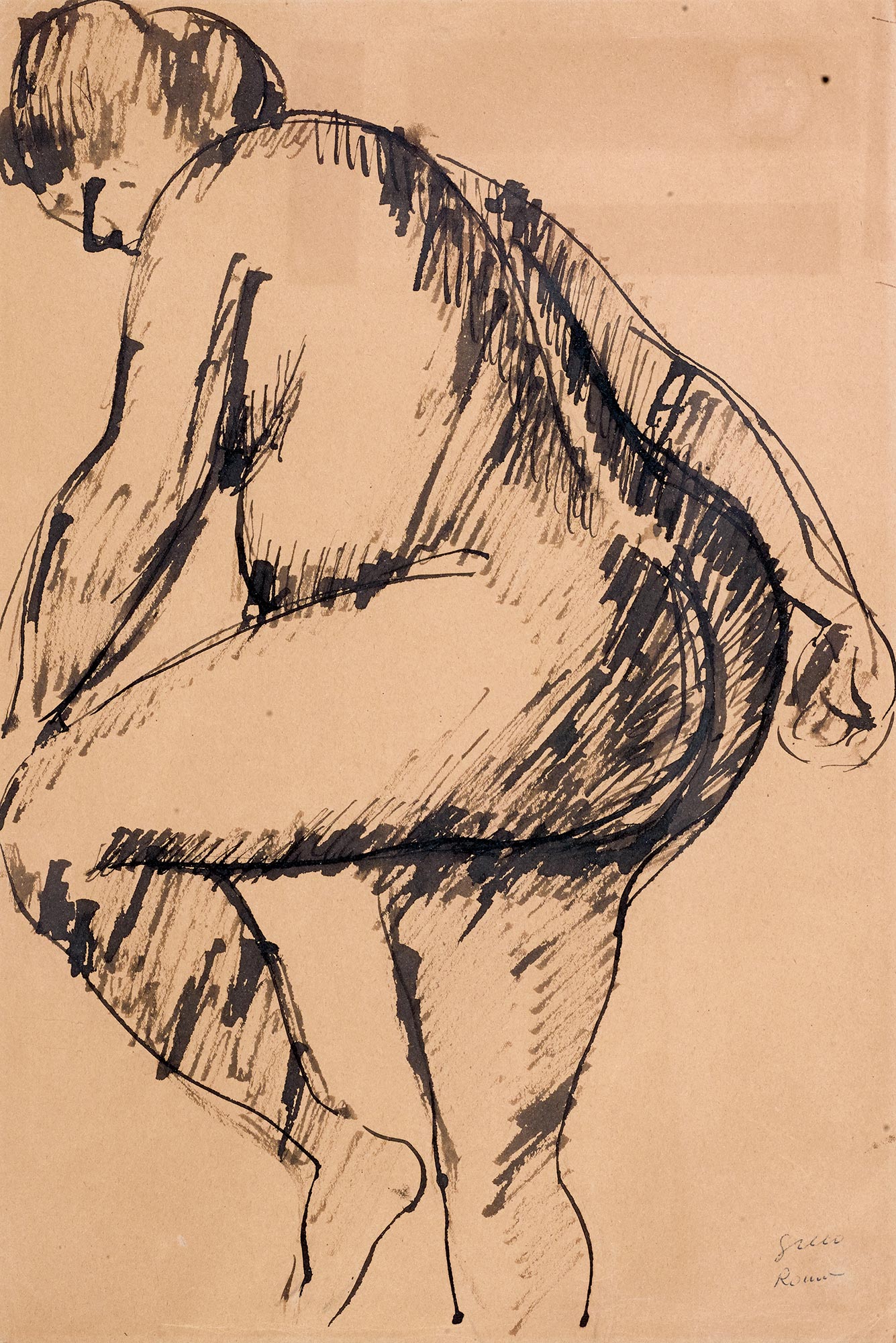 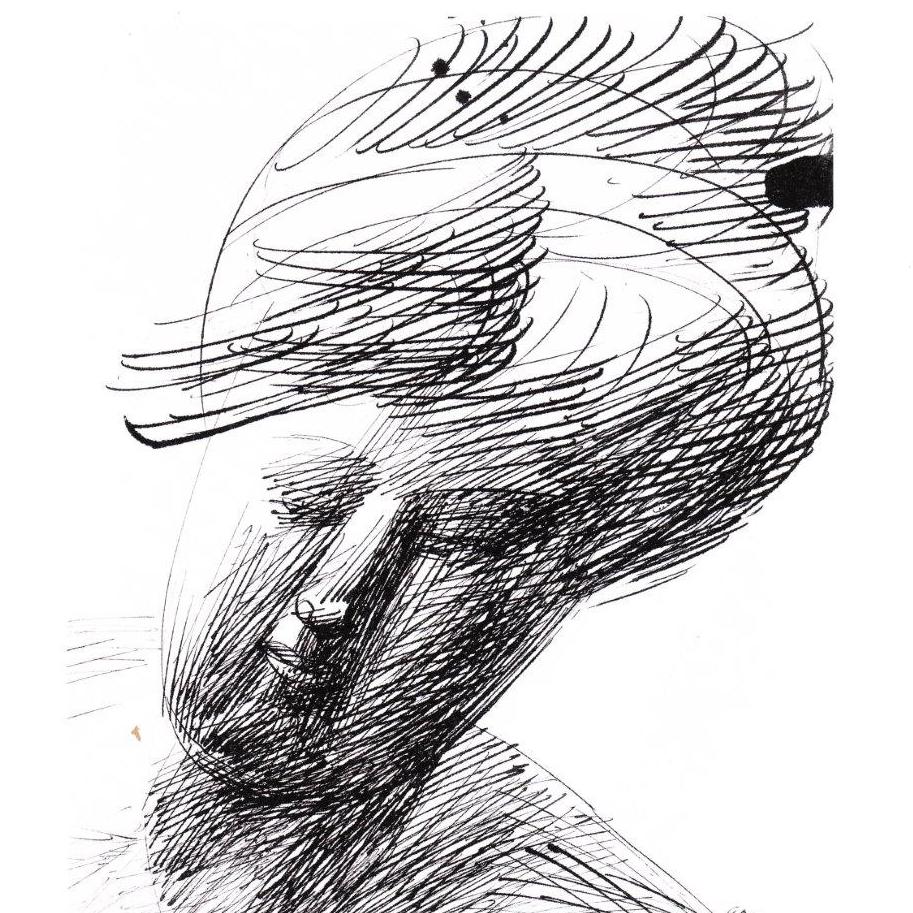