In the earliest years of the twentieth century the still life genre underwent something of a renaissance. As artists became increasingly concerned with purely formal, pictorial values, it came to be considered a perfect vehicle for experimentation with new aesthetics, free from any complicating narrative dimensions.

The response of Italian artists to the revival of still life painting was innovative and varied. With their love of speed, the machine and the modern world, many Futurist painters initially rejected it as an outmoded genre, and during the Fascist era denounced it as a north European ‘export’. But the still life did find favour with some members of the movement, such as Giacomo Balla, whose paintings of flowers are appropriately exuberant and colourful Futurist forays into the genre.

At the time of World War I, the Metaphysical painters Giorgio De Chirico, Carlo Carrà and Alberto Savinio reinvented the still life through their interest in what they called the ‘psychology of things’. This group of artists experienced reality as something mysterious and alien, and by removing objects from their everyday contexts focused the viewer’s attention on the enigmatic qualities of the world around them.

Giorgio Morandi, for a time associated with the Metaphysical school, is probably Italy’s most famous still life painter, devoting himself almost exclusively to the genre throughout his career. His works, in which mundane objects such as bottles, vases and jugs are repeatedly painted in subtly different arrangements and muted tones, explore the ways in which we process and interpret visual data.

The exhibition followed the fortunes of this popular and enduring genre in beautiful works by some of the major names of modern Italian painting. It also provided a rare opportunity to admire the world of lesser-known figures such as Mario Tozzi, Ivo Pannaggi, Arturo Tosi and Fausto Pirandello.

Still Life was organised in collaboration with the Italian Cultural Institute, London.

Still Life in 20th Century Italy in our shop 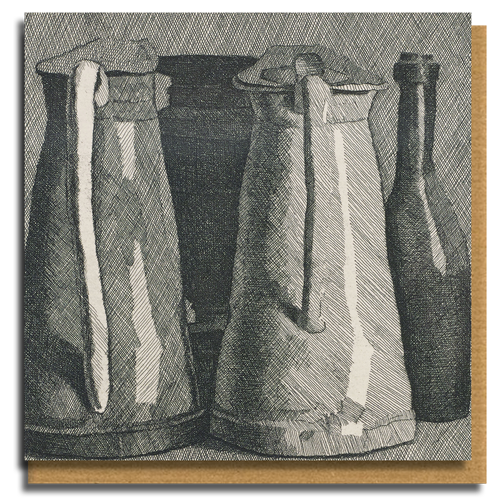