A giant of twentieth-century sculpture, Giacomo Manzù (1908-1991) is best known for delicate and moving work focusing predominantly on portraiture and religious imagery. As sensitive to line as to form, his drawings exhibit the same restrained power and sinuous qualities familiar from his more celebrated bas-reliefs and three-dimensional work.

Although apprenticed to various craftsmen from an early age, Manzù was largely self- taught. Key influences on his style include the sculptors Auguste Rodin and Medardo Rosso – the latter’s realism and ability to capture fleeting sensations and expressions being of particular importance.

In the late 1930s Manzù began his renowned series of Cardinals, sculpting his sitters enveloped in their liturgical vestments, and a series of bas-reliefs on the theme of the Crucifixion which were also passionate and unflinching indictments of Nazi-Fascist violence. After the war Manzù would establish himself as one of Italy’s foremost sculptors of religious subjects but, like his contemporary Emilio Greco, was drawn as much to the sensual world as to that of the spirit. His vigorous sculptures of entwined lovers are infused with a playful character that frequently verges on the bawdy.

Works exploring all of these key themes were featured in the exhibition plus more personal, tender portraits of family members, a number of works depicting characters from mythology, and examples of Manzù’s unusual – and highly distinctive – naturalistic sculptures of still lifes.

Giacomo Manzù: Sculptor and Draughtsman in our shop 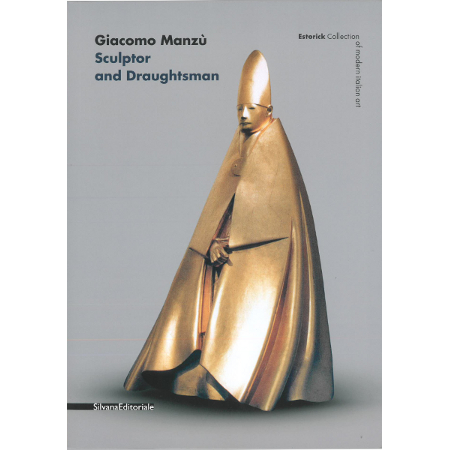