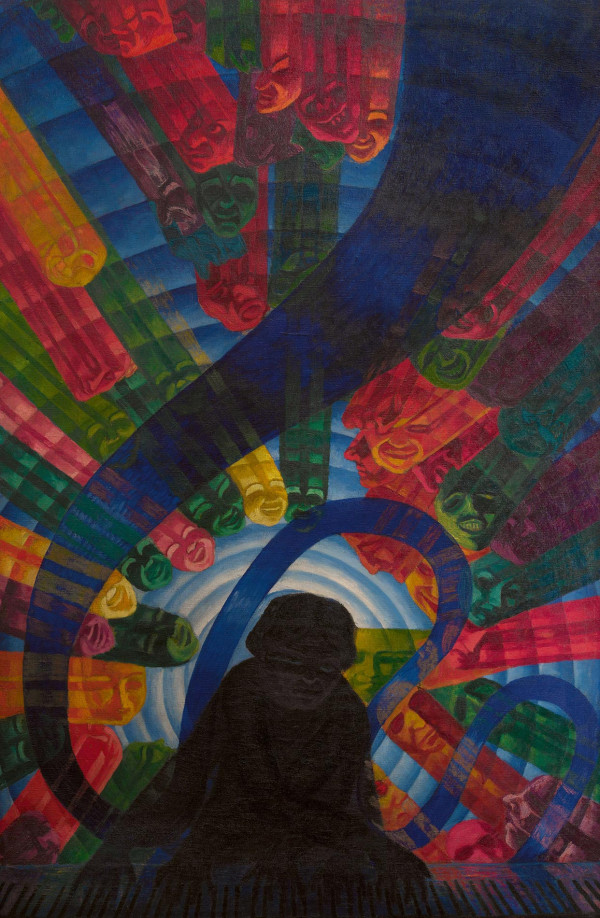 Music is one of the undisputed masterpieces of early Futurism. In it, Luigi Russolo explored a fascination with ‘synaesthesia’ – the phenomenon whereby one kind of sensory impression is experienced as another. Here, sounds are ‘seen’ as colours. Music also contains the first example of a ‘cinematographic’ approach to the depiction of movement in Futurist art, the five hands of Russolo’s pianist pre-dating those of Giacomo Balla’s Hand of the Violinist by one year.

In March 1956, Eric Estorick (link to ‘History of the Collectors web page) visited the artist’s widow, Maria Zanovello, accompanied by the Milanese gallerist Giuseppe Bergamini, who had informed the American collector of the possibility of purchasing Music. The deal between Zanovello and Estorick was swift and simple, as is clear from an account of the transaction contained in one of Zanovello’s notebooks:

A few days later Bergamini, who had closely examined the paintings in absolute silence during his first visit, comes back to me in my room in Milan with a foreign gentleman of great physical stature who is as mute as a fish: he observes, he looks and then they leave.

Two hours later, while I was having dinner, the doorbell announces visitors. They are the same as before plus an interpreter, because the foreigner speaks only English or American.

A March evening, 8 o’clock p. m. He asks me point-blank: how much do you want for the painting “Music”? And I was ready: “2 million” (Gino Severini had written to me from Paris requesting me to keep prices high for Futurist paintings that were favourites at that time). Eric Estorick (art dealer) responds: if you are content with 1 and a half million I will buy it. I insist on two for a while longer but since I know that the British and Americans do not haggle over prices, I say “I accept”. Almost immediately 10% is paid to Bergamini and 10% to the interpreter and I receive L. 1,300,000! In ten minutes a totally unexpected deal worth millions has been opened and closed. Thanks be to God. It is all thanks to Russolo, from the beyond, that his companion and helper is paid for all she has done for him. (1)

Russolo came from a musical family, and is in fact best known today as the author of the manifesto ‘The Art of Noises’ (1913), which called on composers to incorporate the sounds of the industrial era into their works. In order to replicate these, he invented a series of instruments known as intonarumori (or ‘noise-intoners’), which were effectively large hurdy-gurdies fitted with megaphones that were capable of generating a range of different sound effects.

Related works in the collection 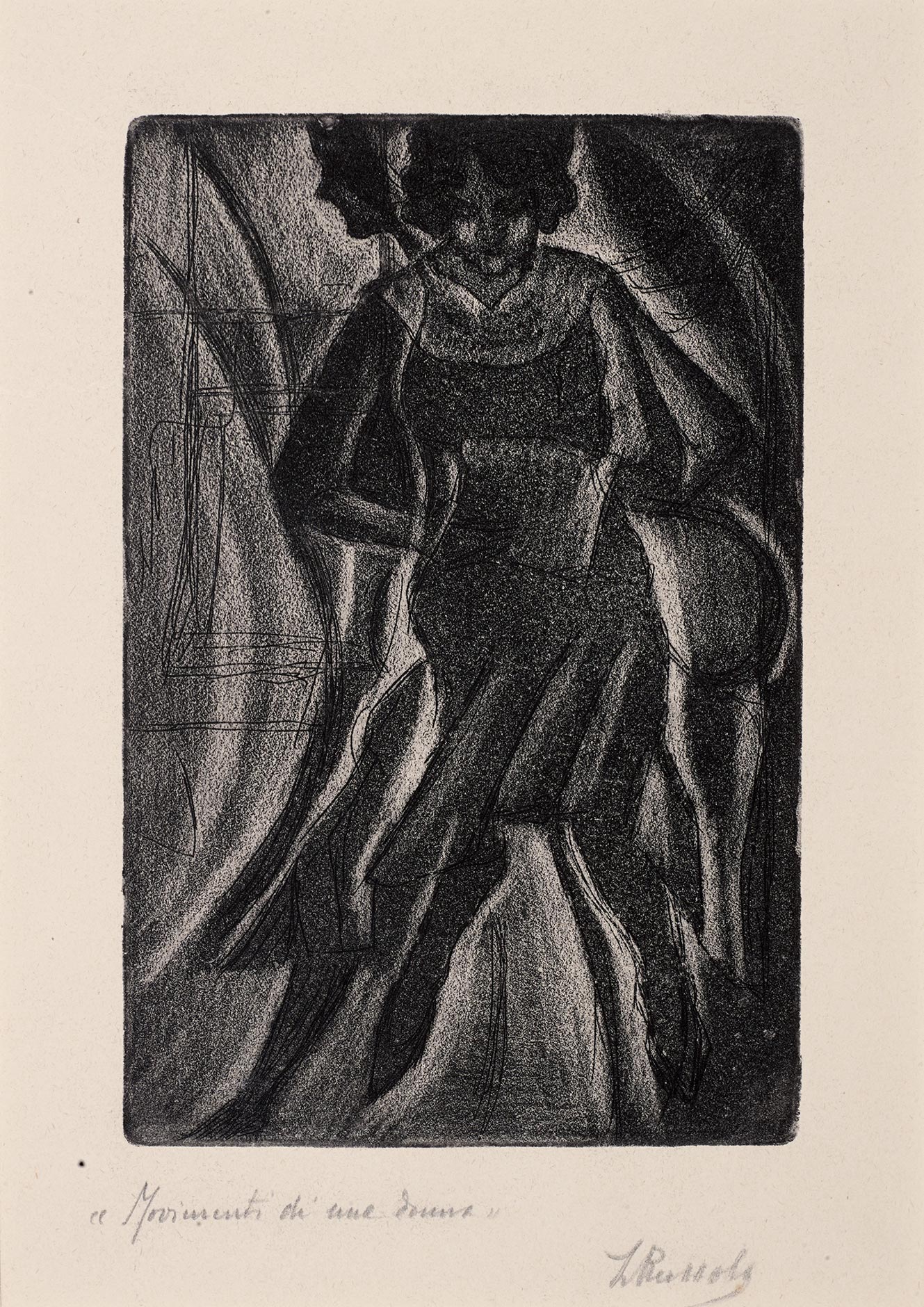 Bruno Munari: My Futurist Past