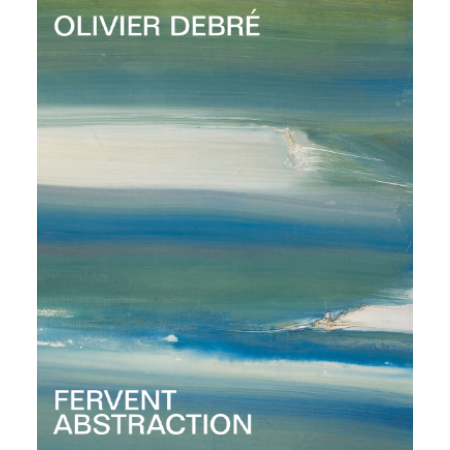 This catalogue was published to accompany the exhibition Olivier Debré: Fervent Abstraction .

The show has been selected by Michael Estorick, Chair of the Estorick Trustees, and son of Eric and Salome Estorick, whose renowned collection of Modern Italian Art is housed in the museum. This is the first major show of the artist's work in the UK in 44 years, bringing together some 30 oils and works on paper, including 16 of Debré’s large-scale paintings.

Born in Paris in 1920, Debré was one of the key representatives of lyrical abstraction, alongside Serge Poliakoff, Pierre Soulages and Nicolas de Staël. His early works, created around 1943, reflected the influence of Picasso (whom he met in 1941), but in 1945 he began to make paintings reflecting the influence of Japanese calligraphy in gouache and ink, in common with Soulages and Franz Kline. In 1960, Debré began to use intense, vivid colours which would come to define his style – a change of direction that was related in part to his encounters with painters such as Mark Rothko and Jules Olitski.

Debré’s ambition was to express the emotions he experienced in relation to natural phenomena such as storms, typhoons and rivers (particularly the Loire) using strong accents of colour over fluid, vibrant backgrounds - he characterised his work as ‘fervent abstraction’.

The catalogue includes all the works featured in the exhibition and essays from Henry Meyric Hughes, Fanny Drugeon and Sarah Wilson as well as an introduction from Michael Estorick.

Delivery times
We are aware that there are currently significant delays in the postal system so please allow longer than usual for your order to arrive.

Orders from the EU/EEA
Please note that parcels with a value over €22 sent to addresses within the EU/EEA may be subject to import duty and other local taxes and charges. These charges will be due on arrival in the destination country and must be paid by the customer before delivery.