This exhibition chronicled the golden age of Italian aviation through forty-four posters of immense artistic and historical interest, on loan to the Estorick Collection from the Massimo and Sonia Cirulli Archive, New York. One of the earliest and most effective means of mass communication, the poster was the perfect medium through which to stimulate public interest in the aeronautical endeavours and achievements of the day.

Aviation began to develop in Italy around 1910, and during the First World War the daring exploits of pilots such as Francesco Baracca and the poet Gabriele D’Annunzio were to capture the popular imagination. Following Mussolini’s rise to power in 1922, the inter-war years witnessed a tremendous expansion of both military and civil aviation, as well as a number of spectacular aeronautical feats. These included Italo Balbo’s legendary transatlantic flights of the 1930s, when he led squadrons of seaplanes flying in formation to Brazil and the United States. However, the events of World War II shattered the dream of Italian aeroplanes dominating the skies, decimating the aeronautics industry and leading to the deaths of many of the great figures of Italian aviation.

Planespotting presented an outstanding selection of works by such artists and illustrators as Mario Sironi, Umberto Di Lazzaro, Adolfo Wildt, Alberto Mastroianni and Luigi Martinati, who captured the drama of flight and documented the unfolding saga of Italian aviation in images of exceptional style and power. 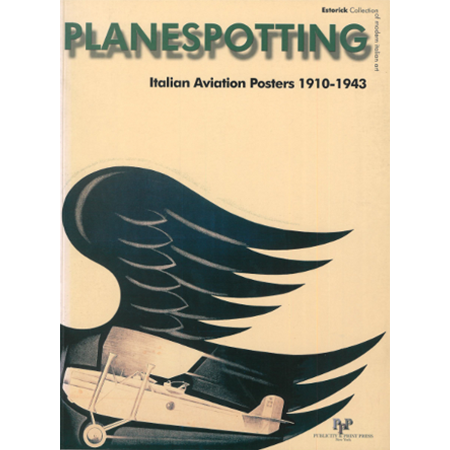