The harmonious and delicately-poised work of Fausto Melotti (1901-1986) is revered in Italy, yet surprisingly little-known in the United Kingdom. Informed by the languages of music and mathematics, his artistic activity spanned a variety of disciplines and media, and was infused not only with a sense of precision, but also with a spirit of poetry, playfulness and exuberance. Renowned for his elegant abstract sculptures, Melotti also produced a significant amount of figurative imagery during the course of his multifaceted career.

Born in Rovereto, Melotti initially studied physics and mathematics at the University of Pisa before graduating in electrical engineering from Milan Polytechnic in 1924. During these years he also studied both the piano and sculpture, and enrolled at the Accademia di Brera in 1928. There, he met Lucio Fontana who became a lifelong friend. Melotti joined the Abstraction-Création movement, and during the 1930s produce a number of solid, geometric sculptures, many of which were inspired by the mathematical principles of musical counterpoint.

During the post-war period his works became more delicate, incorporating wire and cloth, with a sinuous rhythm highlighted by slim sculptural lines. The Venice Biennale awarded him with the Leone d’Oro in 1986 the day after his death on 22 June.

Organized in collaboration with Milan’s Fondazione Fausto Melotti, this exhibition included key works reflecting the various strands of the artist’s oeuvre, and was the first institutional show to be dedicated to Melotti’s work in Britain.

Fausto Melotti: Counterpoint in our shop 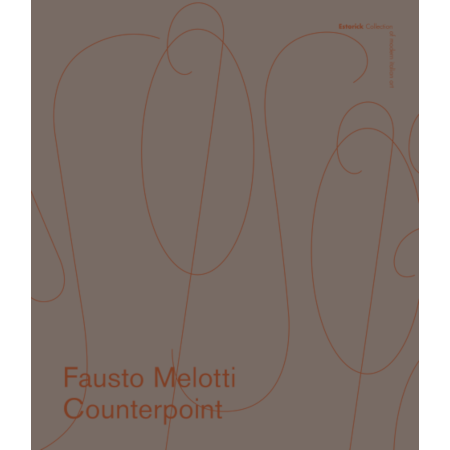