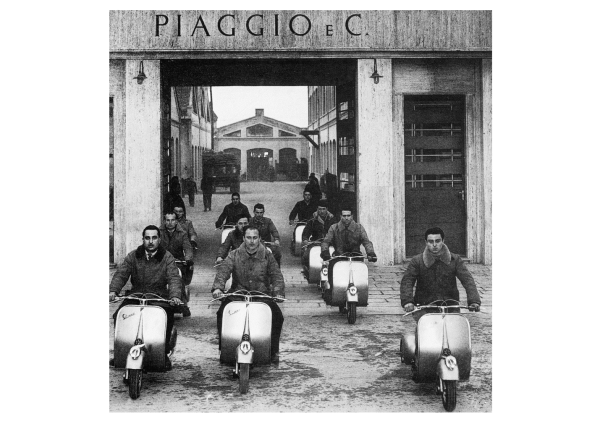 The Making of Modern Italy

During the early Sixties, Italy exploded onto the international stage, shedding its old image as a beautiful land with a glorious past but a lacklustre present. The new Italy was thoroughly modern: its economy was growing at an extraordinary rate thanks to its newfound industrial power, and large sectors of its population were on the move away from rural areas into its expanding cities. Italian architects, designers, filmmakers and artists were fêted, and the world seemed to fall under the spell of Italy. This small display focuses on the country’s new post-war identity, considering the role played by those artists and designers who worked across different disciplines, contributing to the fundamental transformation of Italian culture and its reception abroad.

This display is part of the AHRC-funded research grant project Interdisciplinary Italy: Interart/Intermedia 1900-2020

We’ve been busy behind the scenes - tasting new menu items and re-designing the cafe - and now the finishing touches are being added! Caffè Estorick opens tomorrow and we can’t wait to welcome you!

Massimo Campigli was born #onthisday in 1895. After discovering Etruscan art at Villa Giulia, Rome in 1928 his imagery became lighter, and he began to use dry, fresco-like paint applied in layers, suggesting the abraded surfaces of archaeological fragments.
See more...