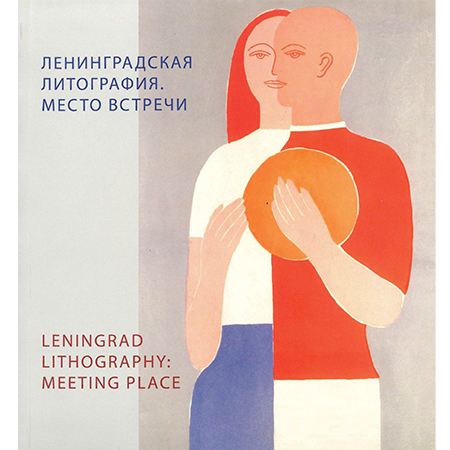 This catalogue was released to coincide with the September 2017 exhibition, Leningrad Lithography: Meeting Place, at the Anna Akhmatova Museum in the Fountain House, St. Petersburg.

Leningrad lithography’s zenith in the early 1960’s coincided with a resurgence of cultural ties between the Soviet Union and the West. The Leningrad Experimental Graphics Laboratory became a meeting place for lithography artists, international collectors and gallery owners. It was a catalyst for cultural diplomacy; a place where person-to-person contacts managed to break the ice and build bridges of understanding between countries.
Eric Estorick’s 1960 visit to the Graphic Laboratory so impressed him that he purchased several hundred works on the spot to sell at his London Grosvenor Gallery. Exhibitions in London and New York in 1961, arranged by Estorick, revealed to the world the mastery of Leningrad lithography. Works by A. Kaplan, A. Vedernikov. B. Ermolaev, G. Nemenova, among other lithography artists where acknowledged and aptly joined private and museum collections worldwide.