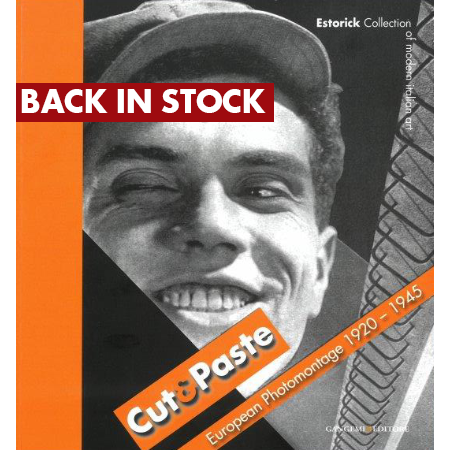 This catalogue was published to accompany the exhibition Cut & Paste: European Photomontage 1920-1945 held at the Estorick Collection in 2008.

The manipulation of photographic imagery is as old as photography itself, but the modernist conception of photomontage was a radical extension of techniques and creative attitudes that first emerged in Cubist, Futurist and Dadaist collage, in which cut-out photographs and fragments of newsprint from illustrated journals were pasted into drawings and paintings. This method of combining and manipulating photographic elements was developed towards the end of the First World Was by Dadaist in Berlin such as John Heartfield, George Grosz, Johannes Baader and Hannah Höch. Simultaneously, in Moscow young Constructivist artists such as Gustav Klucis, Varvara Stepanova and El Lissitzky began to incorporate photographic images into their works. The choice of the term ‘photomontage’, full of modernist connotations and derived from the engineering and film editing, set the technique apart from traditional artistic practices.

Over the last decade, photomontage has enjoyed something of a revival as contemporary artists experiment with new technology. Advances in digital photography and computer-generated special effects have resulted in new kinds of composite photographic works. Curated by Lutz Becker, Cut & Paste provides a rediscovery of the sources of modern image making, exploring the work of the great predecessors and innovators who created photomontages by physical means with scissors, scalpel and retouching brush.