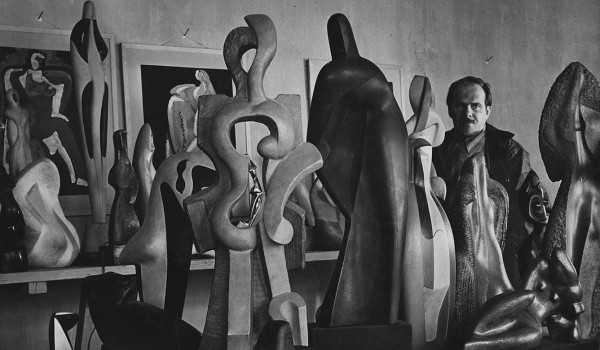 Eugen Archipenko (1884-1959) is relatively unknown compared to his brother Alexander, yet he served as Minister for Agriculture in the Ukrainian People’s Republic (1919-1920) and was also involved in a number of initiatives intended to help sustain Ukraine's national identity. An epistolary discussion on the nature of art was undertaken by the geographically distant brothers during the 1920s, as Vita Susak will reveal in this online talk.

Vita Susak is an independent scholar and member of the Swiss Academic Society for East European Studies.

The conversation will take place online via Zoom, an email with instructions on how to join will be sent to you prior to the event.

Join us for a late opening of the museum and caffè, a perfect opportunity to enjoy an Italian aperitivo in the garden and try a taste of Italy in our new caffè. Discover Archipenko and the Italian Avant Garde and the special display Andrew Green: Rural Italian Towns and Villages + the Spaces in Between, during our out-of-hours opening.

If you have booked a free ticket and can no longer make it, please let us know so that we can make your space available for someone else.